UPLINK Co. was founded in 1987 by Takashi Asai, who is currently the president of the association. During the first eight years, UPLINK Co. produced and distributed independent films and eventually became a cinema in 1995. In 2005, the actual headquarters of the association (including offices, a movie theater and a library) UPLINK X moved to Shibuya, one of the most known and connected to the center of the Japanese capital. During 23 years, UPLINK Co. became a major figure in independent cinema by editing a fair amount of films on DVDs. Within its activities, UPLINK Co. is also a precursor and strong promoter of freedom in artistic expression. 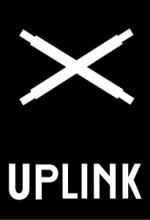