The meeting with Zbigniew Karkowski, one of the most important electronic music composers and performers, big master of the seismic power and the raw sound mass, is promising a dazzling exchange: an extremly loud crash of subsonic frequencies' waves actioned by intense druming.

Zbigniew Karkowski has composed and will play the piece "Form and Disposition" and Daniel Buess will play it with his huge percussion and drum set. This composition was published with the book "Zbigniew Karkowski, Physiques sonores" (2008). This book was the first volume of a collection - called "Rip on / off" - published by Patrick van Dieren in Paris and in collaboration with the LUFF. The aim of the collection is to publish french translations of experimental musicians' texts. The piece  "Form and Disposition" will be plaid tonight, here in SuperDeluxe, for the second time since 2008.

Daniel Buess lives in Basel. He has been a student of Siegfried Schmid in Basel and of Isao Nakamura in Karlsruhe. He has learned traditionnal percusions of south Indian music - mainly Mridangam - from 1995 to 1998. He has also learned arab percussions in Cairo in 2007. He's involved in many experimental and improvisation projects and orchestras, including amongst others The Phoenix ensemble from Basel, Cortex, 16-17, How2 with Daniel Stalder. He regularly plays in Europe, Asia and Australia, in famous experimental music festival as well as in underground spaces. Daniel Buess favours unusual performing places in his personal projects. He intensively uses self-made acoustic and electronic devices. He sometimes teaches master classes, particularly in Asia. 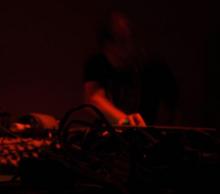