ASTRO is Hiroshi Hasegawa's solo project.  He was in the band named C.C.C.C. which was one of the biggest Japanese noise group.  Born in 1963, Hasegawa has begun his improvisation with his voice and drums. And in 1989, he made the group C.C.C.C. which's concept was impovisative mass-noise with very loud sound. The group became legend with the members Mayuko Hino, Ryuichi Nagakubo, Fumio Kosakai.  Also he has begun his solo unit ASTRO with analog synthesizers in 1993 as well as playing in C.C.C.C.  and then he formed "Cosmic Coincidence" as new C.C.C.C. in 2010 with the members Manuel Knapp and Rohco.  Now he is actively playing and issuing and doing many collaboration with other artists. And there are released works beyond 50 titles.  His playing style is like drifting between the meditation and awakening state with electronics and still he is pursuing it.

Dave Phillips has been active for over two decades on the international underground scene. He were the bassist of the early innovative Swiss grindcore band Fear Of God from 1986 to 1988. A compilation dedicated to the band, "The End of Fear of God", features remixes of the band by international artists such as Merzbow, Mike Patton, Yamatsuka Eye, Kevin Drumm, Kid 606, Voice Crack, Jim O'Rourke amongst others. At the same time, he started producing his personal work under his own name, mainly guided by improvisation and an acoustic approach of noise music. At the beginning of the 90's, he took part to "Psychic Rally", an experimental Zürich broadcast. He also collaborated with Joke Lanz in the Sudden Infant project and composed soundtracks for cinema and dance. He then worked in the Schimpfluch-Gruppe, noise collective, with which he began to collaborate with label Tochnit Aleph. His last works are caracterized by the importance of silence and the contrast that occurs with violent sound impacts. 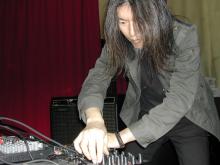 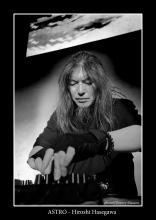